There ARE no limits 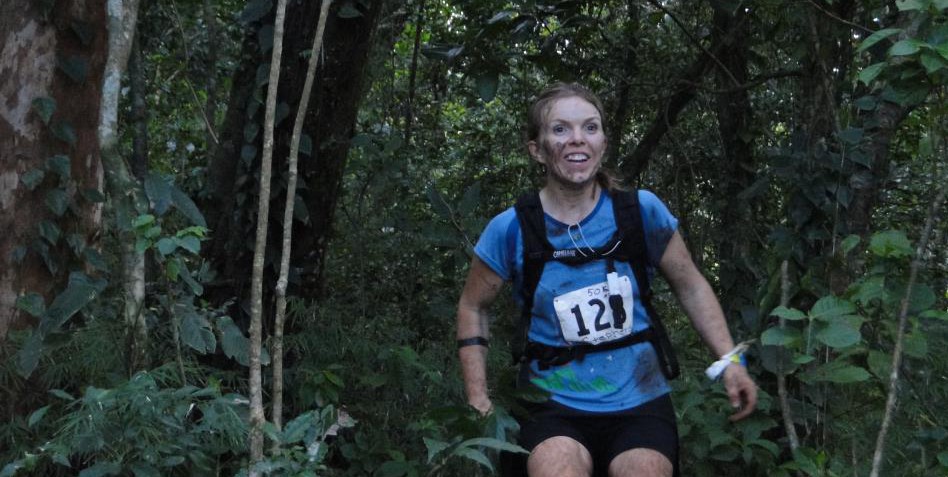 The first time Gabi Stephens did Bikram yoga, she got up at 4:30am, ran six miles to the studio, took class, and then ran six miles home again. Gabi is an ultrarunner, and her first Bikram class was part of her training for the Spartan race.

The Spartan race is meant to challenge, to push, to intimidate, to test and even to break those brave enough to try.  It’s about being uncomfortable, overcoming obstacles and finding out what’s possible when what you expect of yourself is everything. Spartan races vary in distance, and the obstacles (e.g. fire jumps and barbed-wire crawls) are unpredictable. Many obstacles are present at each Spartan race, though where in the course they will be remains a mystery. Unlike other companies, Spartan race does not provide a course map, and the majority of obstacles are a mystery until race day.

The Spartan race sounds a little bit like Bikram yoga, doesn’t it? (Spartan race founder Joe DeSena was in a serious car accident. Told by doctors that he would never walk again, Joe took up Bikram yoga and now practices daily.) In fact, the Spartan race (and its big-brother 24-hour Death race) often includes one or more Bikram classes.

It’s no wonder that Gabi immediately committed to a 30-day challenge—and seemed to breeze through the experience. Says Stephens, “I like challenges! I talked to a guy at Lululemon, and he said it changed his life.”

Gabi says yoga gives her mental strength and focus. During her first class, the heat bothered her and the friend Gabi was with actually left class. Gabi talked herself out of her rising panic and completed class.

Now, Gabi practices daily (sometimes twice) as part of her training. She doesn’t dislike any of the poses. Eagle is her current favorite, and Triangle posture is difficult because of tightness and asymmetry in her hips. Gabi loves Balancing Stick, too, and she longs to improve her Spine Strengthening series, especially Locust pose. (Join the club, Gabi! It’s a big one.)

Regular practice has strengthened Gabi’s running form. Her shoulders have dropped down; she feels less tension there. Her neck has lengthened.

Gabi’s not the only one in her family who loves Bikram yoga. Brendan, Gabi’s 8-year-old son, loves to practice, too. “I brought him to class, and he LIKED it. He just wanted to keep coming and got mad at me because one day I didn’t wake him up on time to come to class.”

Gabi’s currently in China for three weeks, where she is teaching English at a summer camp. She’s taking Bikram’s CD with her. “I’ll do that every day.”

But Gabi will be back at BYCF soon! Yoga is a big part of her training, and she has some huge events coming up. In mid-October, Stephens is running a 100-mile race. Two weeks later, she will run with her brother as he completes his own 100-mile race. In February, Gabi will travel to Nicaragua to run a 100-k race. Up and down two volcanoes. Last year, she ran the 50-k race there (one volcano) and WON.

On Day 29 of her 30-day challenge, Gabi ran the Spartan Race. She finished 10th among the 75 elite women. On Day 30, she showed up for class with her race numbers still inked on her legs, full of scratches and bruises. Nevertheless, her practice was strong. Gabi didn’t take a break from her Bikram practice. She continued to practice daily until she departed for China.

Gabi is extraordinary. You are, too.

Even if the only place you run is upstairs to go to bed, you belong at BYCF.

You get one life, one chance. Make it extraordinary. Come to yoga.

{practice all is coming}
{storm watch}