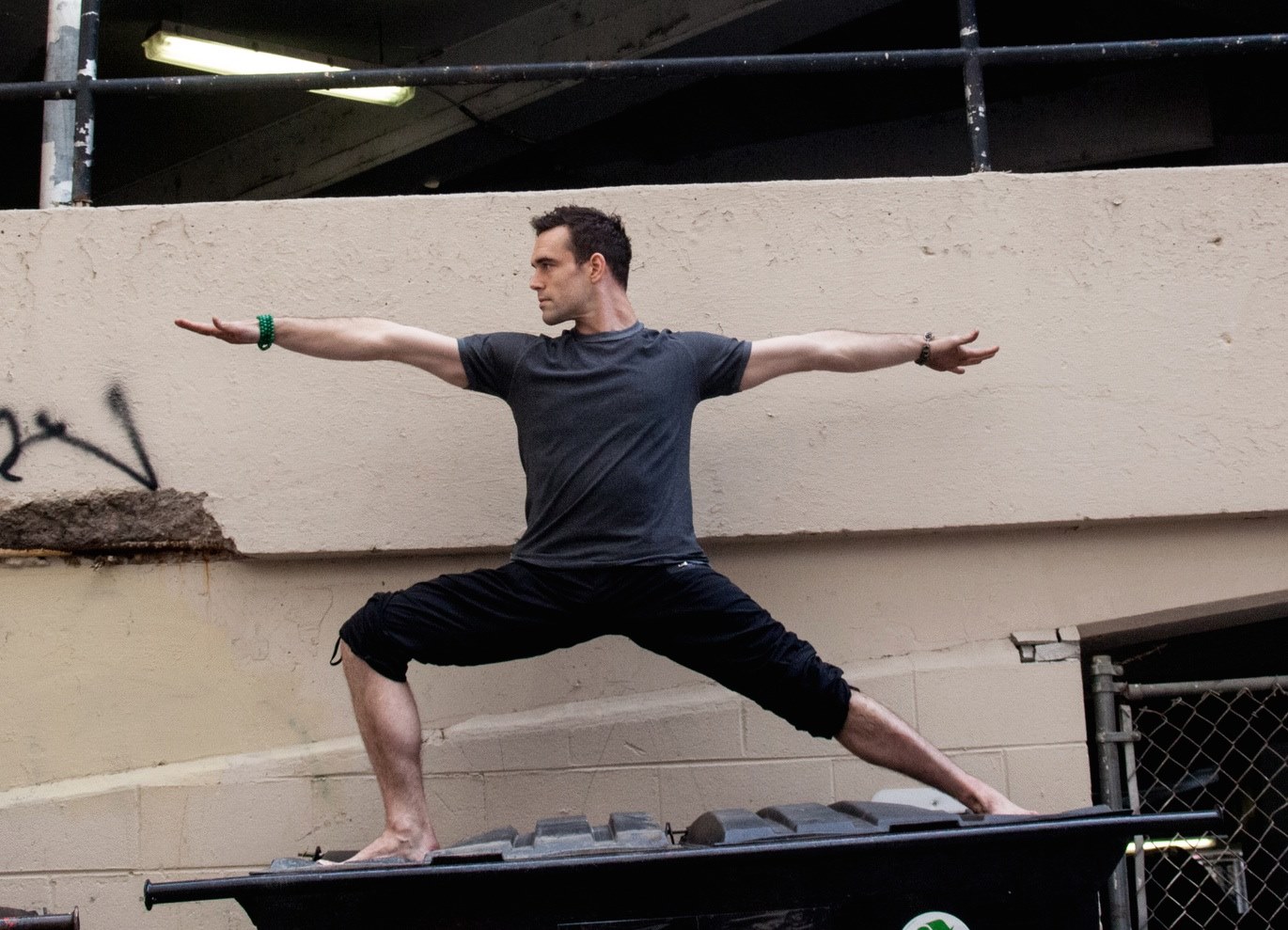 Kyle Ferguson is a student and teacher of Asana Yoga. He is a certified to teach Bikram Yoga and Alignment Based Hatha Yoga (RYT 200, Maha Yoga, Philadelphia). He has studied Yoga Essentials with Richard Freeman, Yoga Hour Teaching Technique with Darren Rhodes, and Advanced Asana with Zhenja La Rosa. He has also studied Mindfulness Based Stress Relief at the University of Pennsylvania and meditation at the Shambala Center in Boulder, Colorado. He is a graduate of The College of William and Mary in Virginia (2005), pit bull enthusiast, burrito aficionado, and avid movie fan. From 2011 to 2015 he served as owner and director of Bikram Yoga University City/Karma Studios in Philadelphia. One time, he accidentally blocked Posh Spice from entering an elevator, to both of their confusion. He currently teaches Bikram, Hatha, Baptiste, Restorative, and Yoga Hour classes.

Yoga found Kyle when he was adrift in the world. In Autumn, 2010 he was depressed, overweight, and directionless when his brother, Schuyler, introduced him to Bikram Yoga. Kyle was immediately hooked, and in a matter of months he had changed his diet, quit smoking, lost 35 pounds, and rediscovered a sense of purpose in life. Less than a year after his first Bikram class, he was a certified Bikram teacher. In the following years, he remained passionate to learn and continued exploring the broad world of Yoga in whatever capacity he could.

← Why barre and yoga are a great fit
Community Day Saturday 5/7! →